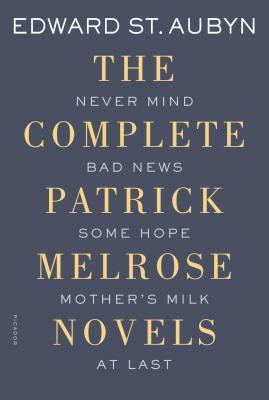 Today, I’m excited to share five more books to pair with The Remains of the Day that explore the fascinating world of the monied classes. Ranging from serious to silly, each of these novels touches on the complicated relationship between servant and employer and the secrets these great estates can hold.

The Patrick Melrose Novels by Edward St. Aubyn. I received this compilation in a Page One subscription box back when they offered theme boxes. The subscription I chose was Downton Abbey and these Edward St. Aubyn novels, while darker, really do have Downton vibes. The Patrick Melrose Novels are a series of five books that span over forty years. They begin with a novel that takes place in one day in 1960s England and as the Melrose family waits for a visit from guests, we see the level of abuse and neglect five-year-old Patrick is experiencing. The rest of the books (I haven’t finished the series yet!) deal with the lingering impact of Patrick’s childhood and his eventual sense of freedom and redemption. While these books deal with heavy topics, St. Aubyn’s writing, much like Ishiguro’s, is witty and sharp, making this a great pairing for The Remains of the Day.

The Code of the Woosters by P.G. Wodehouse. In The Remains of the Day, Stevens is fixated on the concept of dignity and what makes a great butler. He’s determined to fashion himself into that definition of greatness no matter the cost. P. G. Wodehouse’s series of short stories and novels that follow the oblivious Bertie Wooster and his manservant Jeeves offer a more humorous and riotous depiction of servitude and the British aristocracy. You can start with any of the stories in the series (and many of the short stories are available online) but The Code of the Woosters is considered the best and most famous so it’s the one your bookstore is mostly likely to stock.

The American Heiress by Daisy Goodwin. Goodwin is now famous for novelizing the real lives of glamorous and wealthy women, and her debut American Heiress is sparkly, gossipy goodness. The book follows the life of wealthy and beautiful Cora Cash (I promise you, that’s her real name) as she travels Europe in search of a titled husband. When Cora gets her wish and marries one of England’s most eligible bachelors, she’s swept into a monied world of scandals and betrayals and must decide if her title is worth the price of admission.

Pale by Edward A. Farmer. Set in 1966 Mississippi, this is a book about a family’s secrets and the insidiousness of white supremacy. When Silva, a Black house servant at the Kern plantation, invites her sons to the property to pick up some odd jobs, it awakens a spiteful and vengeful streak in the Missus, who has long felt envious of Silva. The Missus begins a malicious campaign against Silva, flirting with her son, Jesse, and drawing the boys into a dangerous game that will shatter families and destroy lives. This book is compelling, unnerving, and increasingly intense, and it’s a uniquely timely work of historical fiction that exams white rage and the racist roots of American life.

Snobs by Julian Fellowes. Stemming from the brain of Downton Abbey creator, Julian Fellowes, this is a must-read for Downton fans. It features a marriage that may be motivated more by money than by love, a fiery and cantankerous Dowager Lady called “Googie,” and a TV crew filming a period piece at the family’s estate. Fellowes is a master at bringing the English aristocracy to life and this comedy of manners is particularly fun in its portrayal of the intersection between titled British elites and the glamorous world of film and television.

Readers, what books would you pair with The Remains of the Day? Tell us in the comments!